Luckily for all of us, Curtis is still here and continues not only to add to her catalog of music, but to do it in a way that is both re-inventive and consistent with her style over the years. This certainly holds true for her latest release, Flying Dream. Produced by, and largely co-written with, Kristen Hall (who also had a track on the same Putumayo release), this album continues to build on Curtis’s talent for creating and releasing solid, enjoyable songs. Hall herself has also had a long career as a songwriter, including as a solo performer and as a founding member of Sugarland. She has written many gems in her own catalog, and the pairing of these two women works well here on all levels. 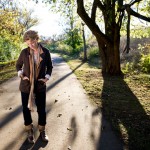 The production on this album feels lush even though there are not a lot of backing musicians. Accompanied by Jim Gwin (drums), Richard Gates (bass), Jamie Edwards (keyboards), and Duke Levine (guitars, banjo, mandolin), Curtis adds acoustic and 12 string guitar and Hall provides backing vocals on all but two tracks. The end result is warm and beautifully balanced. Adding this to a discography which includes the bluegrass-influenced Hello, Stranger and more rock sounding Stretch Limousine on Fire, as well as the more ‘direct’ folk/acoustic albums, Curtis deftly demonstrates how versatility can complement a consistent direction and sound.

In this latest release, Flying Dream, Curtis explores journeys and love from multiple angles. There is love being found and lost. There is hope, and bittersweet awakening. The title track starts the listener off with the simple advice of taking what feels scary and not giving into the fear. “Don’t look down in a flying dream/trust enough to see where it leads/fill your heart with the great unknown.” The hopefulness of “Maybe Tomorrow” wraps itself around potential promise for good things to come. My favorite track might just be “Live, Laugh, Love,” written by Hall with Joanna Beacom before this project began. For anyone who has ever been stuck (*raising my own hand here*), this song makes a great personal anthem for renewing an approach to life where all things are possible: “Life’s short, I’m not wasting it/live laugh love like never before.” There’s also a gentle, sweet confidence within “When You Find Love,” which can’t help but be hopeful: “I’m alright knowing you’re beside me/Take my hand and we’ll grow old/when you find love… you know.”

One song which covers a different topic is “The Queen,” a tale of the night Curtis was playing at President Obama’s second inauguration. She was scheduled to appear on the same slate as Queen Latifah, who never arrived, so Curtis wound up having to stretch her set far longer than planned. It’s an entertaining song about enjoying moments thrust upon us. There is also one cover, “This Girl’s In Love with You,” a modified twist on Hal David and Burt Bacharach’s song, “This Guy’s In Love With You.” I’m not familiar with the original, but Curtis’s presentation here is quite tender. 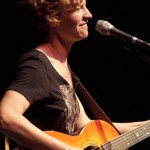 The songs on this album take the listener on quite a journey, from the title track’s dream metaphor, all the way through to the closing with “The Voyager” (one of the two songs penned only by Curtis on this album), a song which has a very Disney feel to it, meant in the best way. There’s an encouragement to be bold and step out to find new ways of doing and seeing things. Curtis has walked the range from uncertainty to unexpected hurdles to inspiration in believing in what is to come.

It is insidiously good, and the songs have been solidly stuck on repeat in my mental jukebox for a while now. Something I have long enjoyed about Curtis’s songs is that they become familiar quickly, like they have always been there. They are easy to learn and become lost in, all in the best ways. Pick this one up, you won’t regret it.